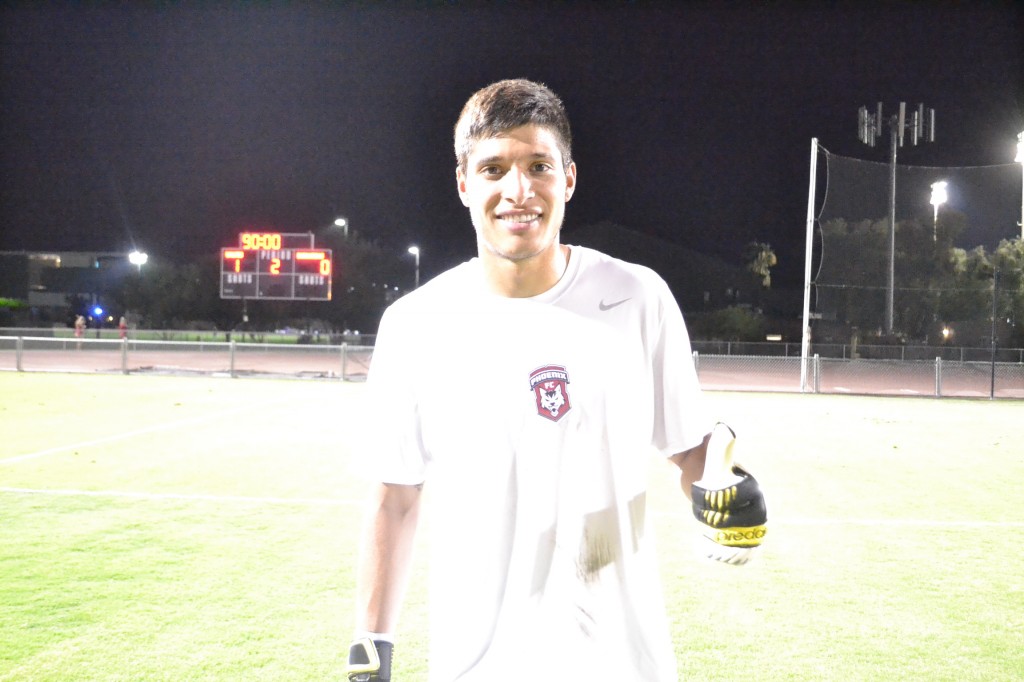 Fernandez, loaned out to Phoenix FC for one game, started, played 90 minutes and made 2 saves for the Wolves. The first half was mostly quiet for Fernandez except for a 50/50 ball, which caused him to run out and make a clearance. In the second half, Antigua’s offense started to wake up. Antigua had a few good looks, but couldn’t find the target and when they did find the target the two shots they were able to get off were easy saves for Fernandez.

Fernandez is now the second player from the Grande Sports Academy home of Real Salt Lake Arizona to make his pro debut. Carlos Salcedo became the first player from the Academy when he entered a game in the 89th minute vs Vancouver on May, 4th.

Grande Sports Academy caught up with Fernandez after the game.

Fernandez – “It feels good. Just got to keep working hard and hopefully I can stay on the same path.”

Grande –You signed last year, but it took close to 17 months for you to make your pro debut. What has the entire process taught you?

Grande – Do you have any advice for the Academy players?

Fernandez – “I think they just have to enjoy what they do. They are there for a reason and they need to learn as much as possible. They have great coaches and they need to keep asking for advice and need to keep working hard. Opportunities are going to come and you have to be prepared to take them.”