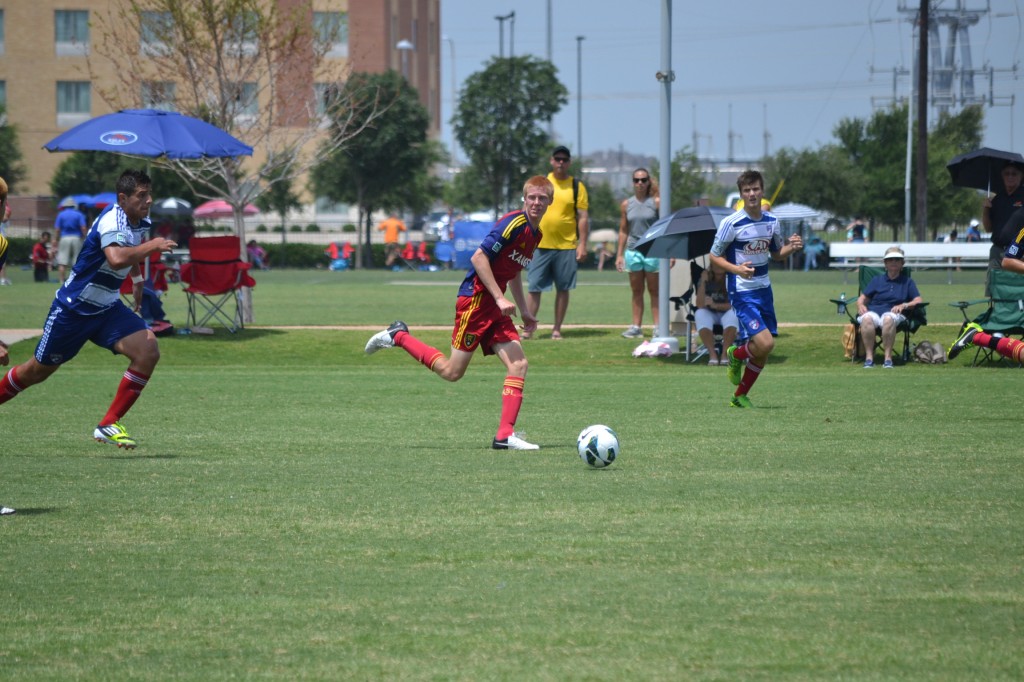 CASA GRANDE, Ariz. – In just his second call up to the Reserve League squad, Real Salt Lake academy defender Justen Glad became the first player from the academy to be named to the starting XI this season when the Claret-and-Cobalt faced the Portland Timbers on Sunday night.

Glad inserted in at right-back went the full 90 minutes, looked comfortable and received praise for his performance in RSL’s 1-1 draw at Jeld-Wen Field.

“I was excited for the opportunity and was pretty shocked and nervous at first, but I just thought it about it as another game and everything went well,” Glad said when asked about his reaction to being named to the starting XI.

Glad looked composed on the ball, made smart tackles and wasn’t afraid to help RSL out in the attack down the flank. He even drew a “mini-Borchers” comparison by the final whistle.

This go around, Glad had more than just a few moments to prepare as compared to his first appearance for the Reserve League squad on June 15th against USL PRO side Phoenix FC. In the match against Phoenix FC, Glad was brought on within minutes after an RSL defender went down with an injury. Glad performed exceptionally well for over 80 minutes and shut down Phoenix FC’s two most dangerous attacking players.

However, Glad was more than relieved to know this time he would be starting well in advance, “It helped me get focused and mentally prepared before the game and throughout the warm-up.”

GSA graduates Lalo Fernandez and Benji Lopez also saw the pitch in this contest. Fernandez was solid in-goal and made two big saves. Lopez was introduced in the 86th minute and didn’t have much time to make an impact on the match.

Glad’s academy teammates Fito Ovalle, Jose Hernandez and Corey Nemeth all received a call up against Portland and did not feature in the match.

The Real Salt Lake Reserves travel to Seattle in their final road match of the MLS Reserve League Season to face the Seattle Sounders on Saturday, September 14 at Starfire Sports Complex; kickoff is set for noon (Pacific).