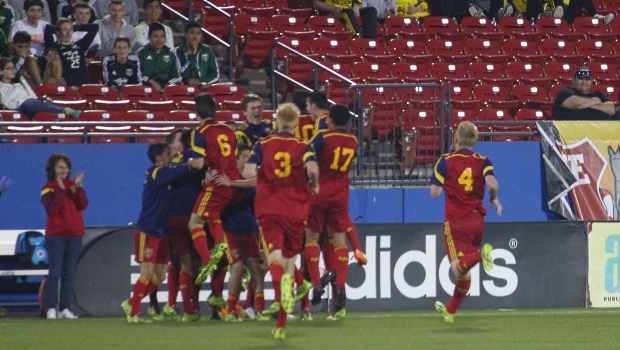 CASA GRANDE, Ariz. – Nothing could separate Real Salt Lake U-17 and Stoke City U-17, as they faced each other for the second time in six days in the championship match of the 2013-14 Generation Adidas Final Round in Dallas, Texas.

Overall, RSL showed very well during the 2013-14 Generation Adidas Cup. Sebastian Saucedo was awarded the Golden Ball as the tournament’s best player and the Golden Boot as its leading scorer.

RSL won their group in Central Region qualifying, and won it again in the Final Round. RSL combined for 34 goals scored across the whole tournament and only conceded 12 goals in 10 matches.

Below are links for the full match replays