The Under 16 and Under 18 Real Salt Lake-AZ Academy teams will be hosting Strikers FC this weekend at the Grande Sports World as they try to remain on top of the Southwest Division. Kickoff for the games are: U18, 11:00AM and U16, 1:30pm.

In the U16 game Moises Rodriguez, Bofo Saucedo, and Damian German had 2. Even though the scoreline may indicate that RSL strolled to a easy victory, assistant coach Freddy Juarez said the game wasn’t easy and that Strikers put up a good fight.

The previous matchup indicate this will definitely be extremely exciting games and we hope to see everyone at the game tomorrow! 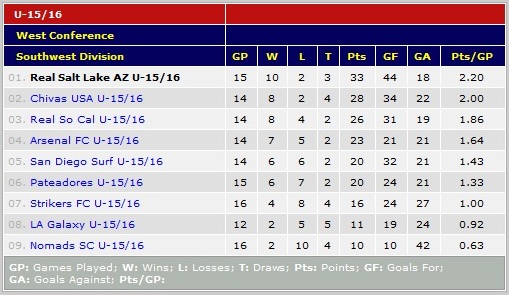 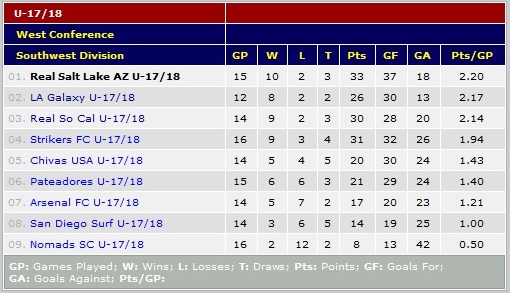