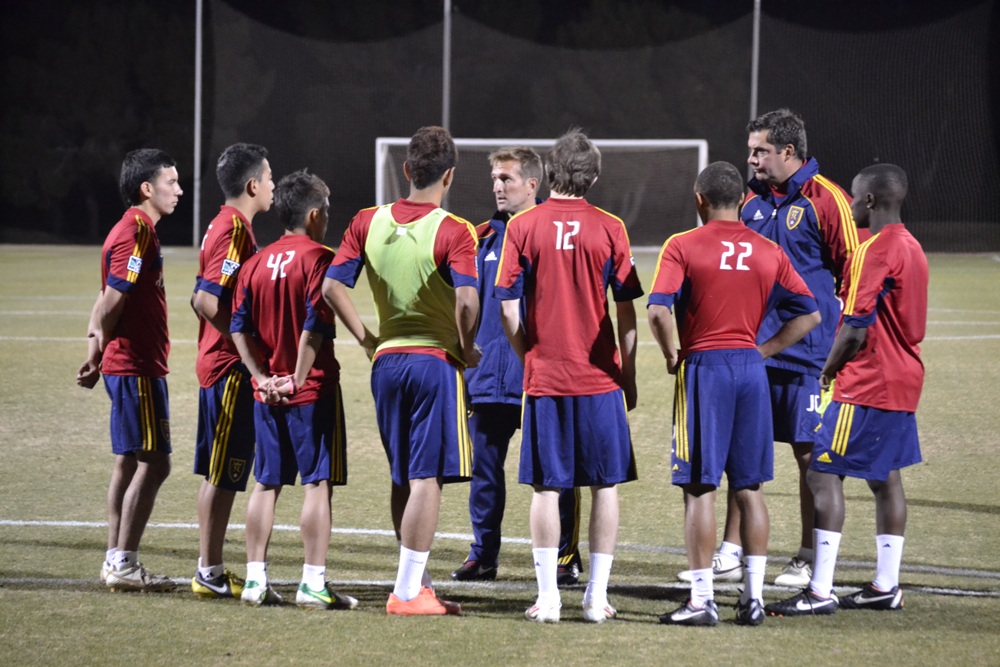 Kreis’ thoughts are below…

(On bringing players up from the Academy for training sessions…)

KREIS: “It’s presented its challenges for sure. But like everything else you weigh the good and the bad. For me the goods are: It’s a full-time residential academy, the facilities down there are unbelievable, we have a first class staff down there and the players are treated extremely well. The one big drawback is it’s a long way away. In my ideal world we could have those players come into training every day, if we wanted them. We may rotate some and pull some in. We may even send some of our youngest players down to train with the U-18 or U-21 teams at some point. So it’s not an ideal set up but it’s a pretty darn good one still.”

KREIS: “I think that the soccer philosophies that are imparted down there are really much in line with what we are doing here. I think we have a good connection with the coaching staff down there. We have had them enough times up with us, the coaches that is, and we have also been involved enough times in Casa Grande that the coaches understand the philosophies and play of Real Salt Lake. Interesting enough we don’t play the exact same system as the Academy, and that may be something over the next year or so you would want to get to. But I’ve been extremely pleased with what that they have been able to produce. When we have those players in our training sessions, whether it’s in the preseason or whether towards the end of the season now like now, they are showing they are quality players and they understand what it means to be a Real Salt Lake player.”

(On the transition for the players who have signed from the Academy: Carlos Salcedo, Benji Lopez and Lalo Fernandez…)

KREIS: “The athletic part and the speed of play are things take time and they get the soccer part of it. But were not having to reinvent the wheel when they get there and not having to explain a lot to them about how we play.”