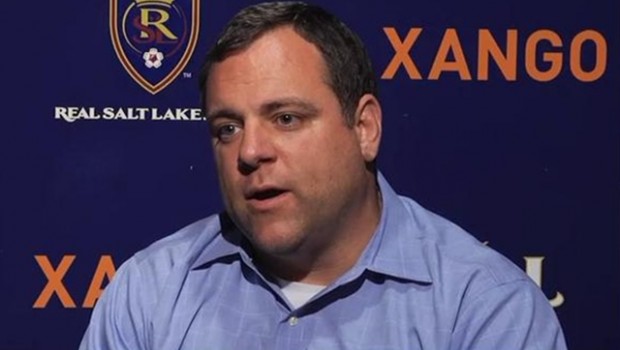 Lagerwey’s thoughts are below…

(On the status and development level of the Academy…)

LAGERWEY: “We are happy with the progress we have made. We need to continue making progress. We have our first player Carlos Salcedo, who is now starting for our first team. That is a really encouraging development. I think the next step for the academy is to identify players at a younger age. Potentially now getting kids at 14, 15 years old. That way they train for multiple years before they come up to us. I think we have made the first step of we can produce players and we have proven we can produce players. Now can we produce special players? I think Carlos could be that, but the idea of the pipeline is when we talk about how do we become one of the best leagues in the world, you must have elite youth players like the rest of the world produces. I can’t pay a higher compliment to the academy, than I think we have the staff, support and infrastructure there. Why can’t we aspire to be Barcelona? Are we there yet? Are we close? Of course not. But if we can continue to recruit the players in that training environment with that staff and with the support they have there is no reason to set any limits on ourselves. That’s how high our expectations should be. That we produce special players and I think it’s improving every year so far.”

(On the performance of the Academy players in Reserve League matches…)

LAGERWEY: “It’s funny. The Reserve League games make the players visible . But what’s more important to us is how they train with us. Take the point you made and I would tell you the kids are more prepared to succeed consistently. That means they have been well coached, well-trained and the expectations are high enough that they are being held to professional standards. When they come and train with us it’s not a shock and not a different world to them. It’s a higher level, but they have the building blocks to that equip them to adapt. What we have seen at training sessions is consistently better performance. I think if they make an impact on the game that’s great to me. That’s the icing on the cake. I’m less concerned at how they play Reserve Leagues game at 15, 16, and 17 years old. They have their whole careers ahead of them to play in front of big crowds and all that. It’s how they train and there is no question that the training has improved since the advent of the academy.”

(On the current Academy graduates the team has signed…)

LAGERWEY: “Benji Lopez and Lalo Fernandez are waiting to break through and I think they still have work to do on terms of an impacting on our team. Carlos Salcedo is a different animal. He’s come through and we signed him last July, so he’s been with us for over a year and he’s really adjusted. Big thing for Carlos was when he left he has his indoctrination happened at the end of last year. He had a little baby fat still on him and he was still adjusting and adapting. When he came back to us he was rocked and ready to go. Clearly took the off-season program very seriously changed his body. Became faster, leaner, stronger, and was better equipped to success this year. We have now initiated a strength and conditioning program down at the academy as well. Through Marshall Stoddard, who joined the academy a few weeks ago. We are excited about that and we think that’s going to make the kids better as well.”

LAGERWEY: “That was a cool moment for our franchise to have those guys win that title. I think there are some promising players in that group, but those guys also have to be dedicated and understand the ultimate measure is producing good people not just good players. Winning the championship is fantastic. It’s the highest achievement you can record on your way up. But we need every one of those teams to remember that they are on their way up. One great mistake they could make was to decide they have arrived now. We want to consistently compete for champions, but also for the personal and professional of the kids. If they do that we will continue to see better and better players for Real Salt Lake.”