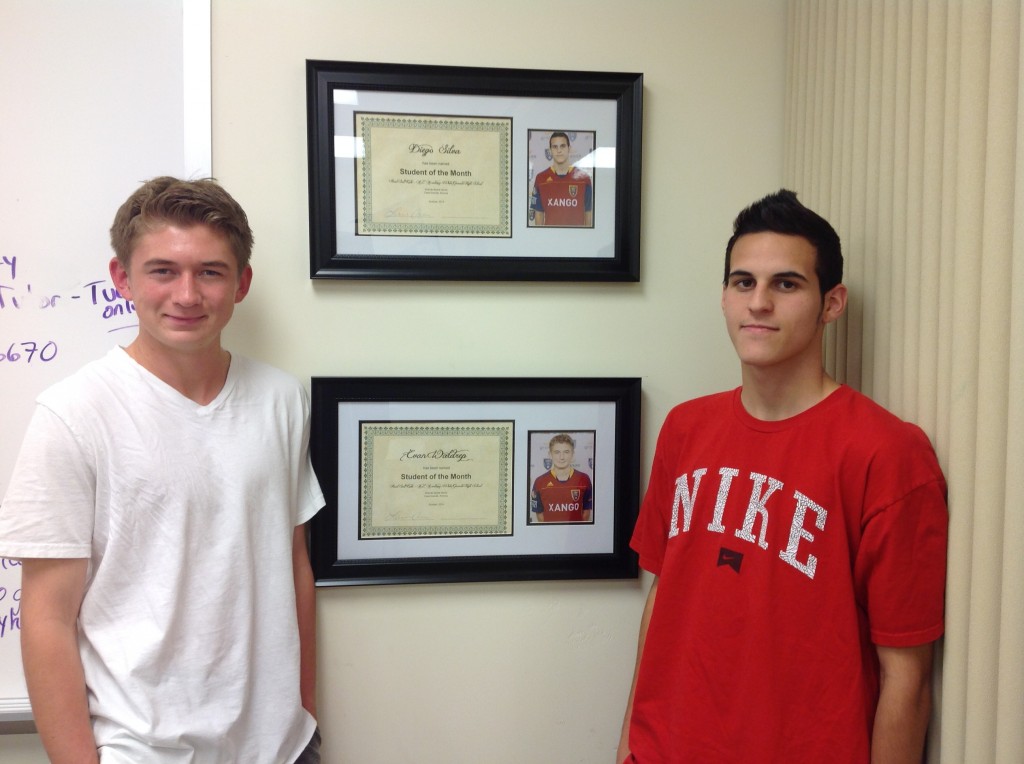 CASA GRANDE, Ariz. – Evan Waldrep and Diego “Diablo” Silva were named as the Students of the Month for October at the Grande Sports Academy.

The Student of the Month is awarded to two students each month who have displayed exemplary effort with regards to their academic pursuits. These students have shown tremendous growth, focus, achievement, and/or displayed behavior at school noted as outstanding by the academic staff. Narrowing the selection down to only two students each month is difficult, but each recipient is very worthy of the recognition. Hats off to the boys and the academic support provided by Grande Sports Academy and the local high schools.

Both players play for the U-16 Academy team and were key players last season for the U-16 national champion winning team. Silva scored three goals in 7 matches during the playoff run and Waldrep scored the fourth and final goal in the championship match.

Lauren Crum, who is the Director of Academic and Personal Development, spoke about the two recipients saying…

In my eyes, Diego deserved to be Student of the Month because of his outstanding dedication to stay on top of his school work from the very first day of school. Diego was with us last year and he knows that it can be difficult to make up work when the teams travel and have to miss school. He was constantly working with each member of our tutoring staff to be sure that he truly grasped the material. He is a tremendously respectful individual and the entire staff really enjoys interacting with him. Evan joined our program with a cumulative 4.0 GPA. He wanted to take as many Honors and AP courses as he could this semester. He recorded the highest GPA in Grande Sports Academy history with a weighted 4.7 GPA. Like Diego, Evan is also a model citizen at school and at Grande Sports Academy.

Side note, it’s Diego and Evan! You just have to spend 10 minutes with them and you’ll want to give them awards, too! 🙂

Congratulations to Diego and Evan. The photo gallery below