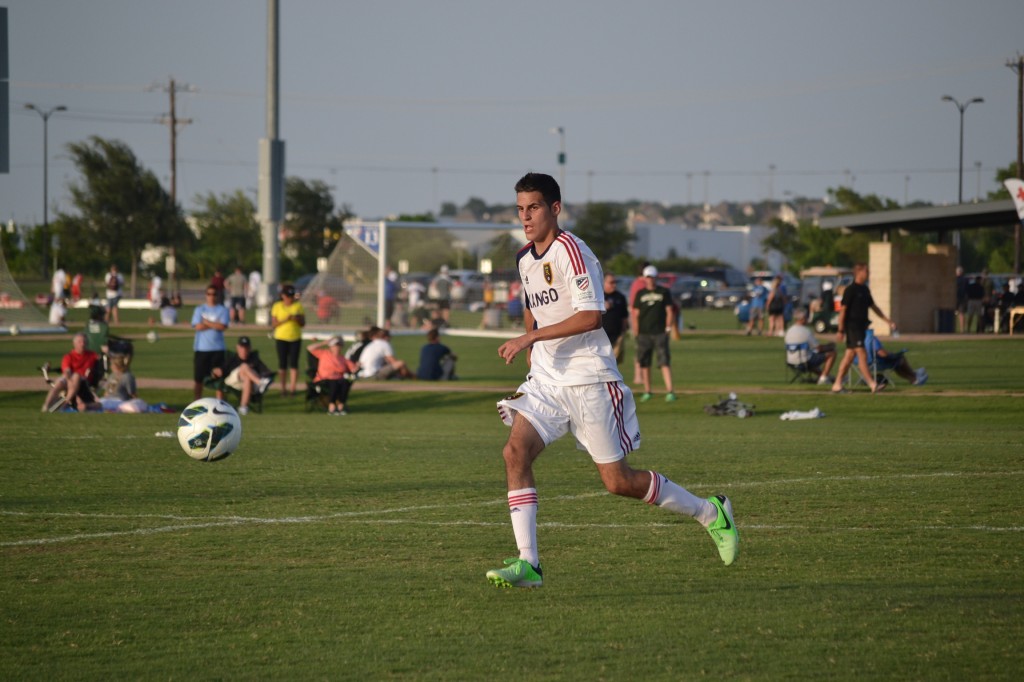 Casa Grande, Arizona (July 3rd, 2013) – The Real Salt Lake Academy coaching staff saw an opportunity to improve their team two months ago while helping two players improve along the way. Real Salt Lake U-16 LB Diego “Diablo” Silva and LW Moises Rodriguez were having productive seasons but lacked certain qualities coaches felt could turn them into complete players. Coaches decided that the best way to exploit these players’ strengths and to shore up their weaknesses was to have them swap positions.

“We’re always looking to make our players better, move them around, give them different responsibilities and letting them solve different problems,” assistant coach Tony Bruce said. “Diego and Moises had to solve different problems than what they were used to, but it’s a learning experience and we’re trying to teach our guys something as well as trying to win games. We’re about the development, and that’s part of the development.”

Silva has shown an ability to attack from the fullback position all year. His bursts of speed combined with quick combinations make him hard to defend, but once he arrived in the final third his end product left a lot to be desired. Rodriguez held possession well on the wing but looked more comfortable when he would create the chances from the back.

The idea to switch the players was to allow Silva to make shorter, more productive runs while allowing Rodriguez to create from back. In the coaches’ eyes the switch made sense even though Rodriguez and Silva were reluctant when told.

“At first, I was kind of nervous because I have never played there before,” Rodriguez said. “However, I have performed a lot better and I feel more comfortable. I just am playing better than I have ever played.”

Their coaches will admit it’s been a little bit of a learning process for the two, but after Silva’s and Rodriguez’s performance at the U.S. Soccer Development Playoffs, it was evident that right decision was made.

“We just we felt that Moises could skip a line a little better than Diego,” Bruce said. “He’s a good striker of the ball and Diego is more of a carry-the-ball forward. Different approach to how we wanted to attack.” 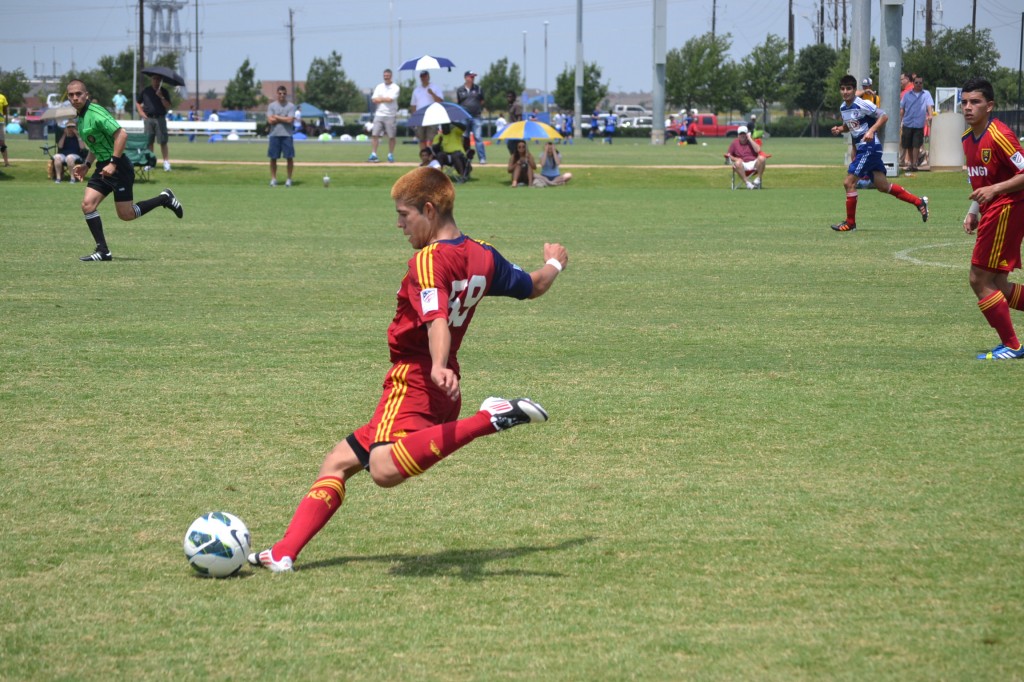 At the playoffs; Silva wasted to time showing coaches what they expected in the switch. He scored RSL’s opening goal in the first game when he started his run from the center-line passing up to Fito Ovalle who played the ball back to Silva. Continuing his run, Silva then passed up to Bofo Saucedo who laid it off to Silva. He sliced into the box from the left-wing and finished the effort into the right-side netting.

Rodriguez’s calm presence on the ball and booming kicks combined with lock-down defense forced the three teams Real Salt Lake played in Frisco, Texas to avoid his side altogether.

“We asked them to do different things which fell in line for those particular games. If we were to give them a grade, we would give them a B+,” Bruce said.

When the switch was made, Silva felt he lost his starting spot and didn’t feel he would succeed in a more attacking role. But after scoring the opening goal in playoffs and picking up another against FC Dallas, he has changed his mind.

“I think it’s been good. I like it up there and it still allows me to get forward and to track back. I want to win, and who knew I would be helping the team on the attacking end?”

The next challenge for Silva and Rodriguez will be Finals Week, which will be held in Houston, Texas. Real Salt Lake Academy U-16 will open up Finals Week with a game against Albertson SC on July 14th.