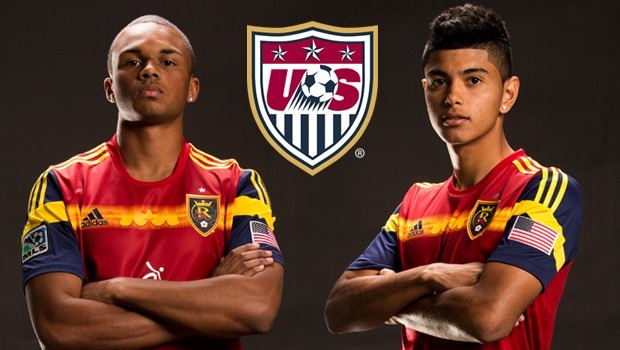 CASA GRANDE, Ariz. – The United States U-20 Men’s National Team is onto the semifinals after topping Bracket C of the Gordon Jago Super Group in the 35th edition of the famed Dallas Cup, and leading the charge has been four players with ties to the Grande Sports Academy.

Among the ranks of U.S Soccer’s U-20 MNT, are Jordan Allen and Benji Lopez have both signed with Real Salt Lake; Ben Spencer, who joined FC Molde (Norway) in 2012, and is now with the North American Soccer League’s Indy Eleven after being loaned earlier this year; and Romain Gall, who left the Academy and joined Europeans side FC Lorient (France).

The quartet has impressed to the tune of four goals and two assists in three group matches.

In the first match versus Argentinean side River Plate, Spencer scored a brace after finishing off an Allen assist for the first goal and converting a late penalty for the match winning goal. Allen added another assist on a Rubio Rubin equalizer in the 74th minute. In the second match on the following day against German side Eintracht Frankfurt, Lopez scored the opening goal in the 43rd minute, while Gall added another late tally for the Americans.

The third match was a quite one for the quartet as they didn’t contribute on any goals or assists in the U-20’s win 1-0 over Mexican side Tigres UANL.

The U-20s now move on and will face Brazilian side Fluminense on Friday night at 5:00 p.m. Arizona time.