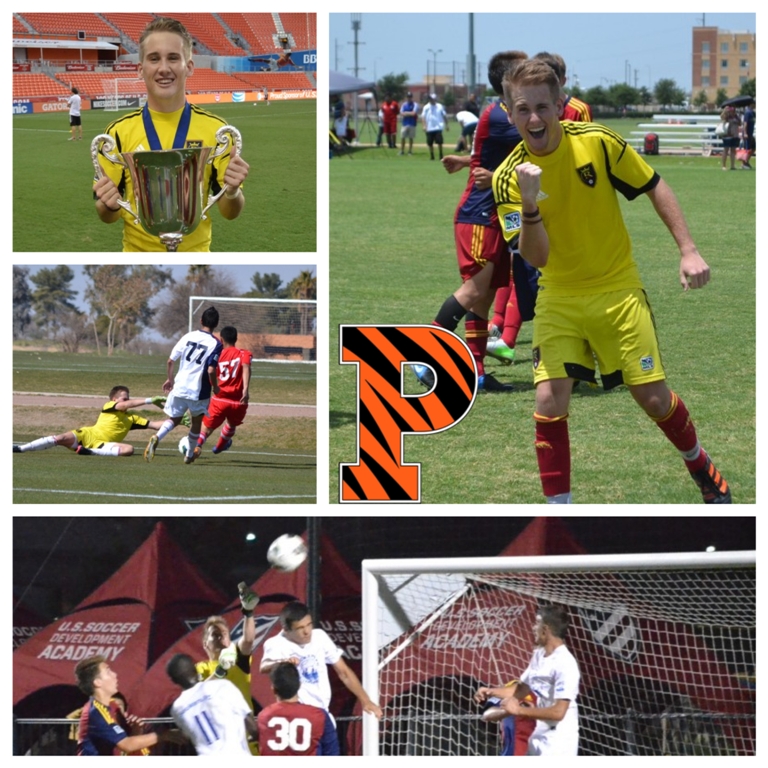 High level of soccer and top-notch academics have always been top priorities for Bishov who seemed to find his perfect match as Princeton offers the best opportunity for him to blend the two interests.

“I really wanted an academic environment that could challenge me, but I also wanted a soccer environment that I could contribute to and make an immediate impact right away,” he said. “Princeton is a really good environment for me to do those things and I’m really excited to go there.”

Educationally, Princeton fulfilled Bishov’s academic requirements and the soccer programs success over the past three years played a vital role in the commitment.

“Princeton’s ability to get results over the past few seasons was definitely a contributing factor in my decision,” Bishov said. “Coming from a very successful and nationally respected team in RSL, I wanted to play for a quality program. I want to compete every year. I knew I could find that in Princeton. The school strives for excellence in all fields and I hope to make an immediate impact.”

For all the success Bishov has experienced on the field, he understands that soccer isn’t everything in life and that a quality education can open numerous doors later in life.

“Playing professional soccer would be incredible, but there are some other things I would like to pursue going forward in my life and I feel Princeton gives me a good starting point.”