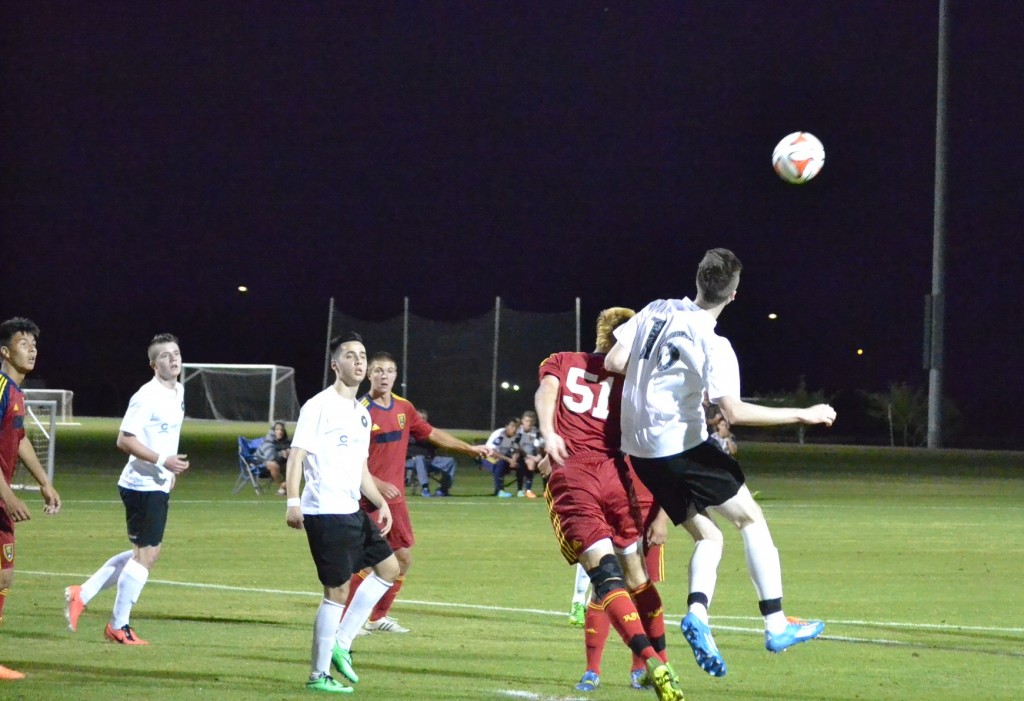 Hailing from Victoria, British Columbia, which is located just over 60 miles off the mainland from Seattle and Vancouver on the southern tip of Vancouver Island, Victoria Highlanders FC field multiple teams that play in various leagues: USL Premier Development League, Pacific Coast Soccer League which serve as a stepping stone to the North American Professional soccer leagues.

This week, Victoria Highlanders FC traveled to the Grande Sports World with their U-18 and U-16 teams. On Wednesday, their U-18 team squared off against a select U-18 RSL team and on Thursday they played a select U-16 RSL team. Both RSL teams were made up of players from the academy and developmental rosters.

“We heard a lot of good things about the complex and about the program with Real Salt Lake,” said Victoria Highlanders FC coach Steve Simonson. “A lot of Academy programs in the Northwest recommended that we come down. We have been playing a lot of friendlies down in California and up in the Northwest and this was the next logical step for us.”

Simonson spoke about the residential setup at the Grande Sports Academy saying, “It gives you that immersion. You are fully entrenched in that camp mentality as you would if you’re a professional player or national team player. It’s part of a learning process for all young players. I think it’s why RSL is doing it here. They have the advantage of having the residency format. We experience that for a week and we have our kids 24/7 so it’s great for their growth.”

The photos below are from the U-18 match on Wednesday night.