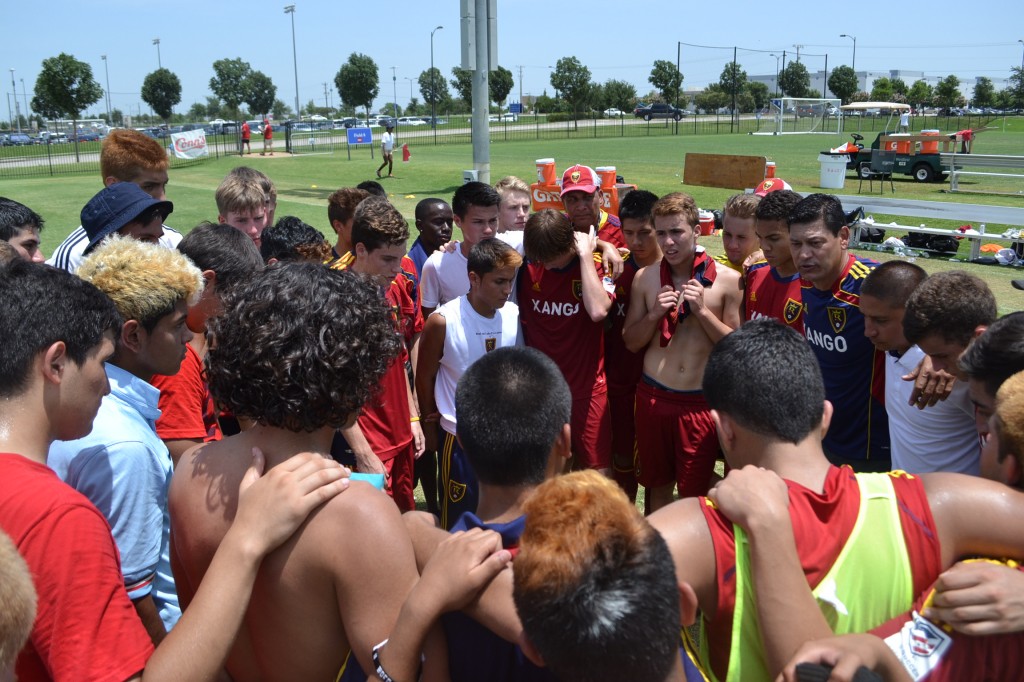 For the second time in the three-year history at the Real Salt Lake Academy, the U-16 team finished first in their group at the U.S. Soccer Development Academy Playoffs and has advanced into Finals Week. The first time the RSL U-16 team qualified for Finals Week was in the Academies inaugural season of 2010-11, where they finished third in the country.

Here are some interesting numbers from the U.S. Soccer Development Academy Playoffs.

The amount of times the Real Salt Lake U-16 Academy trailed in any of their three group games.

Only 1 player on this year’s RSL U-16 team had played in the U.S Soccer Development Academy Playoffs. Last year, Jason Eng played in all three group games.

Not the largest supports group in the world, but it represents the 18 players from the U-18 team who cheered on the RSL U-16 team in their final group game against FC Dallas. After the match, the U-16 players admitted that the U-18 team inspired and motivated them throughout the match.