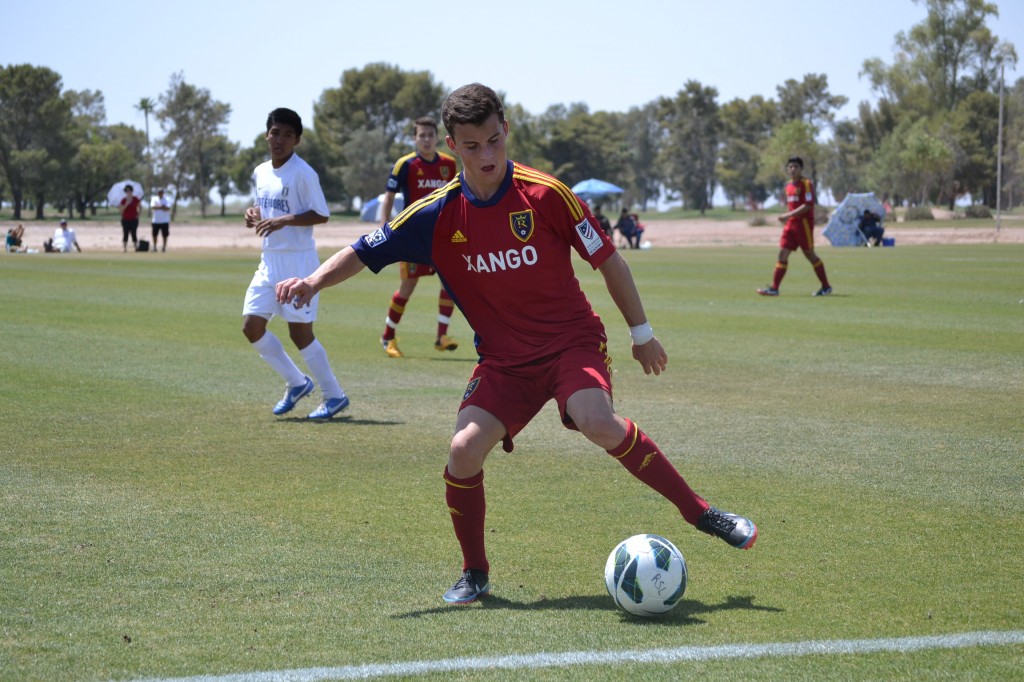 Brooks Lennon is going to be well traveled once the 2013-2014 Real Salt Lake Academy season starts in September. National Team duty will take him all over the world, academy playoffs will take him to Dallas and now a stop with a club team in Europe is the latest addition to his busy summer.

Earlier today Odeen Domingo, Arizona Republic, published a Q&A with Lennon about how Lennon is expected to play with historic club Liverpool FC in the 2013 Milk Cup. Lennon’s connection to Liverpool is from a trial he had earlier this year while on vacation in Europe.

Lennon’s emergence as a player has been impressive this season. The freshman led Real Salt Lake U16’s with 15 goals and earned his first call-up from U.S. Soccer. In March, Lennon participated in a U-17 MNT camp and impressed the coaches enough to earn another call-up. In May he traveled to Azerbaijan and played in the Caspian Cup, scoring 7 goals in 3 games.