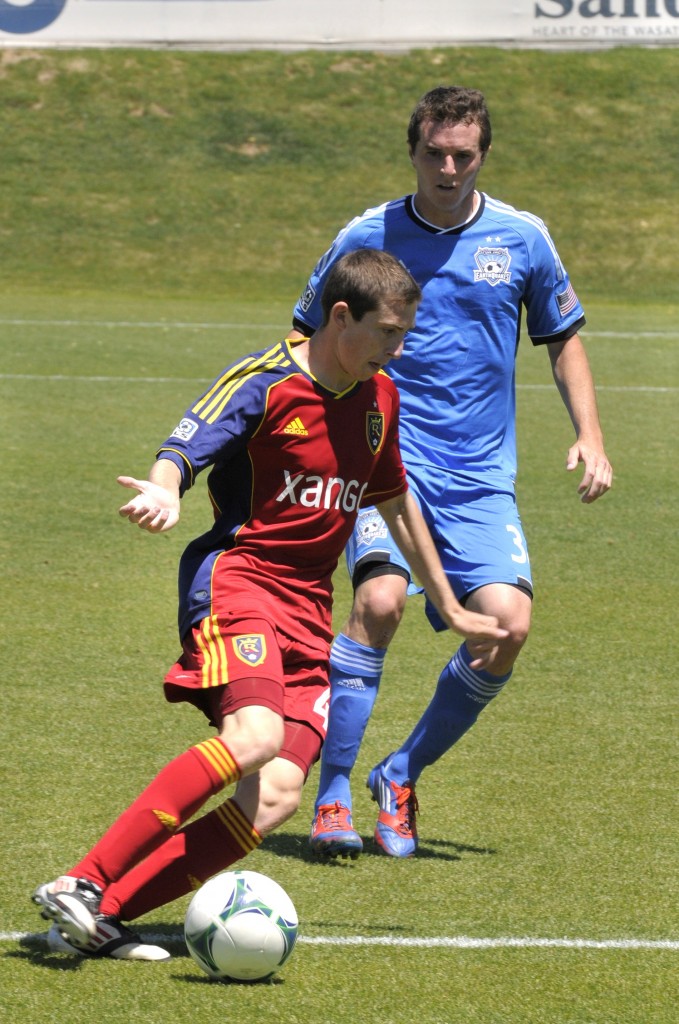 After the regular season finale against Arsenal FC the majority of Grande Sports Academy players had an opportunity to travel home for a week to see family and to get some much-needed rest after grueling 10 month season. Andrew Brody had neither.

On June 1st, Brody left the Academy and traveled to Utah to spend two weeks training with the first team. Brody participated in all aspects that the pros do every single day and was around the team when they went through their pregame preparations. Brody also had the opportunity to play in 2 reserve league games before he came back to the Academy to prepare for the playoffs that kickoff on Monday.

Below is the Q&A.

Grande –  What was your reaction when you found out you were asked to train with the first team?

Brody – “I was super stocked to go up there with the first team. Being in the atmosphere and being around pro players to see what they are doing was awesome. Once I found out I was training with them I couldn’t have been happier.”

Grande – Did you have a wow moment?

Brody – “It was amazing being in the locker room next to guys like Kyle Beckerman and Nick Rimando. Guys on the national team. They treated me like I was another player and I am here to play because I can. I’m here for a reason. Just doing with they do what they do even things like ice bags and just everything else was awesome.”

Grande – RSL played three games while you were with them, did you get to participate in the pregame activities?

Brody – “It was cool seeing them get ready for the game. Being able to train and watch the game made it better because I know what they are trying to do. It made it more special.”

Grande – How was the level of play, different from the Academy?

Brody – “They played more physical with a different speed of play. It’s far different from the Academy. However being here has been great progression for myself.”

Grande – Is there anything you learned and what did the coaches tell you once the two weeks were up?

Brody – I learned to play faster, one or two touch. In the Academy you have time to take a few touches but it’s mostly improving your speed of thought.  They said it was great having you here and glad they got the chance to look at me for an extended period of time and to keep improving your game and to keep in contact.”

Grande – You had a special moment when you met USMNT GK Brad Guzan who plays for Aston Villa in England. What was that like?

Brody – “For me he plays for my favorite club and seeing him play with some of the best players in the world, it was an honor to meet him. He’s also an American like me, went to college and then to Europe and I’m trying to follow his footsteps.”

Grande – Any final thoughts on everything?

Brody – “I really liked how all the players made me feel at home there. They could have easily ignored me and think of me as an Academy kid.  But they didn’t and they took me and Benji Lopez out to dinner and other things like that. “They made us feel very welcome.”

Grande – Thanks, good luck in Dallas!