The Grande Sports Academy coaching staff embraces the unique Real Salt Lake philosophy of training and is recognized nationally and internationally for their professional playing and coaching experience.  They have all played and coached at the highest levels, international, national teams, MLS, and collegiate.  Their commitment and dedication is to youth development, training, and coaching.  The success of the Real Salt Lake – Arizona Academy is a testimony to their ability to transform talented soccer players in to outstanding competitive players. 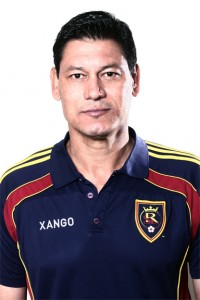 Martin Vasquez brings a wealth of professional playing and coaching experience to Grande Sports Academy, home of the Real Salt Lake-Arizona Academy (RSL-AZ). Most notably, Vasquez served as assistant coach for the US Men’s National Team from 2011-2014, having been hand-selected by Head Coach Jurgen Klinsmann. In the 2012-2013 USSDA season, Vasquez led the U-15/16 team to its first National Championship title.

Prior to Grande Sports Academy, Vasquez served as Head Coach for Major League Soccer’s Chivas USA for the 2009-2010 season. His transitional year at Chivas USA saw quality contributions from Justin Braun and Blair Gavin and the acquisitions of Paulo Nagamura and Rodolfo Espinoza.

Before his position as the Head Coach for Chivas USA, Vasquez held the role of Assistant Coach under Jurgen Klinsmann for German powerhouse Bayern Munich during the 2008-2009 Bundesliga season.

Vasquez has a storied professional playing career in which he played for both the Mexican and United States National teams–the first player to have represented both countries. He played for two teams in Major League Soccer–the San Jose Clash and Tampa Bay Mutiny–and was part of Major League Soccer’s birth as a professional league. He was a standout role player with the Tampa Bay Mutiny for two years and was named to the MLS All-Star Team in 1996.

Freddy Juarez enters his fifth season as an assistant coach and residential advisor at Grande Sports Academy, home of the Real Salt Lake-Arizona Academy (RSL-AZ). Juarez’s efforts on and off the field were vital to the success of RSL-AZ’s inaugural season, when the U-15/16 team finished in third at Finals Week. In the 2012-2013 United States Soccer Development Academy season, Juarez guided the U-15/16 team to its first National Championship title.

Prior to his arrival at Grande Sports Academy, Juarez served as the coaching director for New Mexico Striker FC from 1998-2010. He coached nine teams to New Mexico State Championships and helped 35 players earn college scholarships. Juarez has developed seven US Youth National Team players along with countless others for the Regional Team. He has three former players who play professionally, most notably Edgar Castillo who currently plays for Club Tijuana. Juarez also coached New Mexico’s Olympic Development Program teams from 2003-2010.

Juarez began his professional playing career with the El Paso Patriots in 1998, where he played over 12,000 minutes and started every game through 2004. Juarez contributed to El Paso’s successful run to four postseason appearances and earned Defensive Player of the Year twice. After the 2004 season, Juarez was picked up by division rival Minnesota Thunder. He started every game for three years and helped lead the club to two postseason appearances, along with one quarterfinal and one semifinal appearance in the US Open Cup. Juarez was also called into camp for the U.S. Men’s National Team in 2005.

Juarez was versatile and adapted well on many playing surfaces and conditions, including playing indoor soccer for the NPSL Wichita Wings. He was a member of the US Men’s Futsal National Team for the Pan American Games in Brazil in 2007. 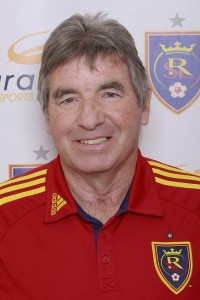 Tony Bruce brings over 30 years of coaching and college identification experience to Grande Sports Academy, home of the Real Salt Lake-Arizona Academy (RSL-AZ). Bruce gathers the student-athlete’s academic and athletic goals and uses his experience and expertise to guide the student-athlete to a college program that will allow him to flourish in an ideal environment. In the 2012-2013 United States Soccer Development Academy season, Bruce guided the U-15/16 team to its first National Championship title. 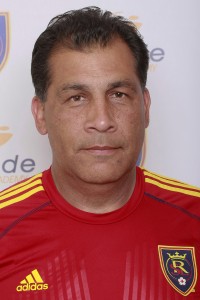 Hernandez brings international experience to Grande Sports Academy, having served as the goalkeeper coach for the El Salvador National Team from 2006-2007 and the Costa Rican National Team in 2003. Recently, he worked with the U.S. Men’s National Team during their 2013 Gold Cup win.

Prior to joining Grande Sports Academy, Hernandez was the goalkeeper coach at UCLA from 2010-2011. Before joining UCLA, he was the goalkeeper and assistant coach for the Los Angeles Galaxy from 2004-2006, where he helped guide the team to the MLS Cup title in 2005. Before he joined the Los Angeles Galaxy, he worked at Santa Ana College, Pateadores Soccer Club, SoCal United Soccer Club, Orange County Zodiacs and the U.S. Olympic Development Program where he was the head trainer for goalkeepers. 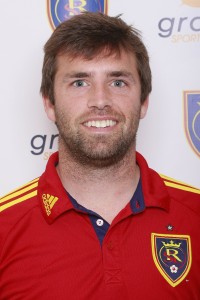 Kraus currently holds a United States Soccer Federation “B” coaching license. Before his arrival at Grande Sports Academy, Kraus coached for Scottsdale Blackhawks Soccer Club in Scottsdale, Arizona from 2011-2012. Before that he served as head coach for four teams in Omaha, Nebraska, for Nebraska Futbol Club and for Toro Soccer Club.

Kraus was drafted with the 48th overall pick by the Kansas City Wizards in the 2007 MLS Supplemental Draft. Kraus made his first appearance against the Columbus Crew in the 2008 MLS Cup Playoffs. He went on to appear in eleven matches, scoring one goal against the Colorado Rapids. 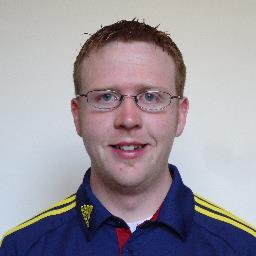 Marshall Stoddard is a Certified Athletic Trainer for Real Salt Lake and assigned to work full time for Grande Sports Academy, home of the Real Salt Lake-Arizona Academy (RSL-AZ). Originally from Logan, Utah, Stoddard went to school and graduated with a B.S. in Athletic Training from Weber State University in December 2012, becoming Board Certified in January 2013.

Stoddard has clinical experience with Major League Soccer, NCAA Division I college football, track and field, women’s soccer and tennis. He has also worked in high school athletics and in physical therapy.

In 2012, Stoddard spent the summer working for Vancouver Whitecaps FC of MLS in Canada. There as an intern, he worked with the first team players as well as their youth academy as a student athletic trainer. In January 2013, Stoddard started working for Real Salt Lake’s first team. During the summer, he helped the Real Salt Lake-Arizona Academy during the USSDA Playoffs in Dallas and Houston, Texas.