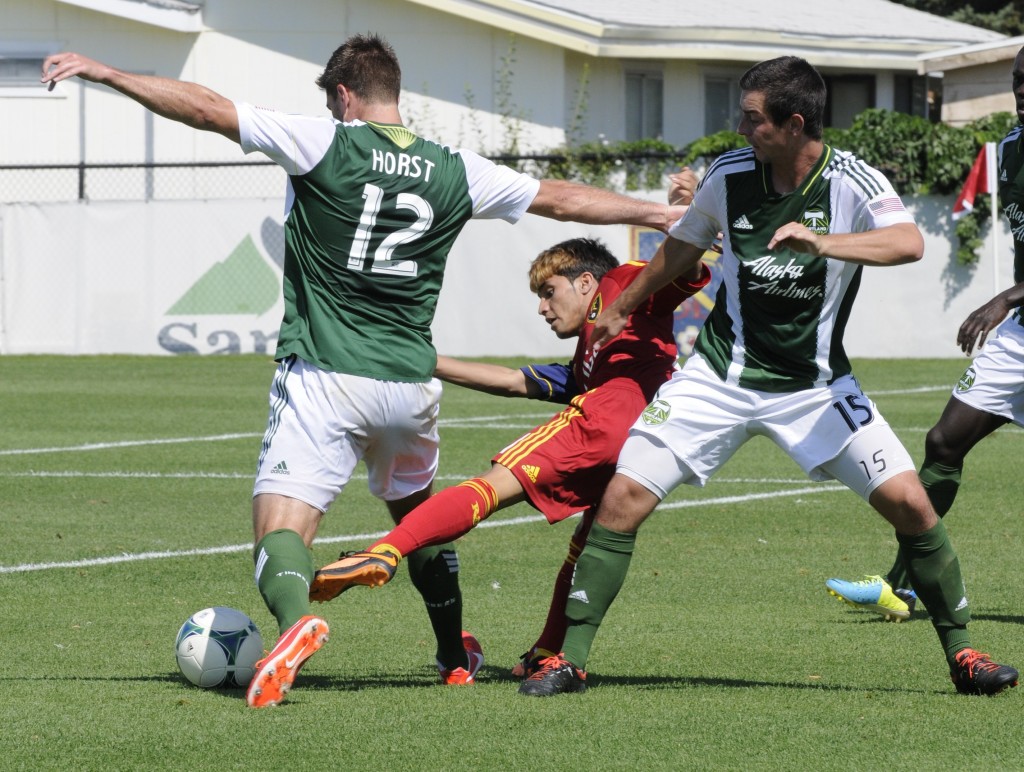 Before the match, Real Salt Lake reached down into the academy system and called up Brooks Lennon, Fito Ovalle, Jose Hernandez and Niki Jackson for the match. All four players saw their first Reserve League action on the season when they were brought on in the final 20 minutes of the match. Even though their appearance was a short-lived, each player impressed with the minutes they were given.

GSA graduates Benji Lopez and Lalo Fernandez saw action in the match as well. Fernandez was named as the starting goalkeeper and made a couple of key saves. Lopez entered the game at halftime and had a dangerous shot from distance that was blocked in the 62nd minute.

Matt Montgomery of RSLSoapbox.com was at the match and posted his thoughts on the performance of our academy players

Brooks Lennon (academy): 6.5. Lennon was deployed on the right wing for Sebastian Velasquez and had some neat connective moments. He never really made an impact, but he worked well to ensure his defensive responsibilities were met.

Fito Ovalle (academy): N/A. Ovalle didn’t play long in the midfield, but he did connect things well and showed a good connection with the academy kids around him. It’s always interesting to see that, because as a small group, they had no problem playing against the Timbers.

Jose Hernandez (academy): N/A. Hernandez is tiny, but my word — he’s got some real talent. He came on and set out to make an impact, and he nearly created a goal for RSL. Oh, and he’s 17. This kid’s got a bright future.

Nick Jackson (academy): N/A. Got on the pitch with minutes to remain. Didn’t have much opportunity to do anything.

Photos courtesy of Denzel Eslinger. Click on one picture and a slider gallery will form.

GSA Exports is out. There are 8 players with ties to the GSA playing in 5 different countries. Salcedo goes the full 90, Spencer makes his professional debut and more. http://grandesportsacademy.com/gsa-exports-spencer-makes-pro-debut-salcedo-goes-full-90/