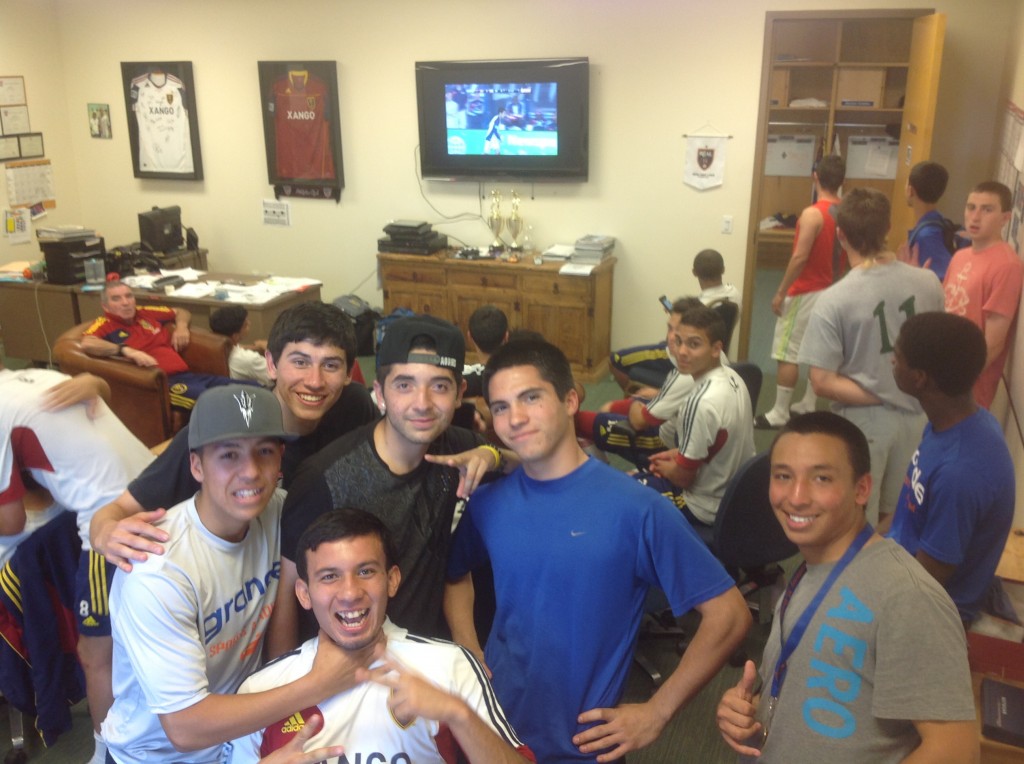 Things have been busy for former academy player Carlos Salcedo over the past five days.

On May 4th, Salcedo came on in the 89th minute against the Vancouver Whitecaps, which marked the first time an academy player has made his pro debut for the senior team.

Four days later, May 8th, Salcedo was named as a starter for a mid-week game against the New England Revolution. Another first for an academy player.

Coaches at the academy even changed the time of training so players could watch their former teammate in action.

In the game against Vancouver, Salcedo played as a holding mid, but in the game against the Revs he was positioned in as a CB next to Chris Schuler. Salcedo talked to Grande Sports a few days ago about how the coaches want him to be available at different positions.

In the game against the Revs, Real Salt Lake scored two late goals to steal the victory. Things then took a dramatic turn late when Salcedo was called for a foul in the box when the Revs played a ball in from a free kick. It was Salcedo’s second yellow of the game which resulted in a sending off. Video of the foul is below.

After looking at replays it showed that Salcedo had no contact with the player and he was nowhere near the ball. Veteran GK Nick Rimando then blocked the PK to preserve RSL’s 2-1 victory.

RSL has now appealed the red card. Head Coach Jason Kries went on to say, “I think we are all confused because it appears that it was the wrong person that he yellow carded. I’m hopeful that the referees sort it out now, before we even leave the building. But, if they don’t, I hope the league sorts it out before Saturday because I think Carlos [Salcedo] is in with a shout to start again.”

Salcedo earned his first yellow in the 35the minute when he was called for a high kick, but Kries was overall pleased with Salcedo’s performance saying, “”I think there are more players in our back four that need to be as physical as [Salcedo] was tonight. We need more statements made from our players. We need more physicality from our center backs and our outside backs because I feel there’s too many times tonight that they had opportunities to get into a 50/50 and make a hard challenge and they didn’t take them.”

As of 5/9/13 12:24 Arizona time there has been no decision by MLS to reverse the call. Next game for RSL will be on Saturday, May 11th when they travel to Canada to take on the Montreal Impact.