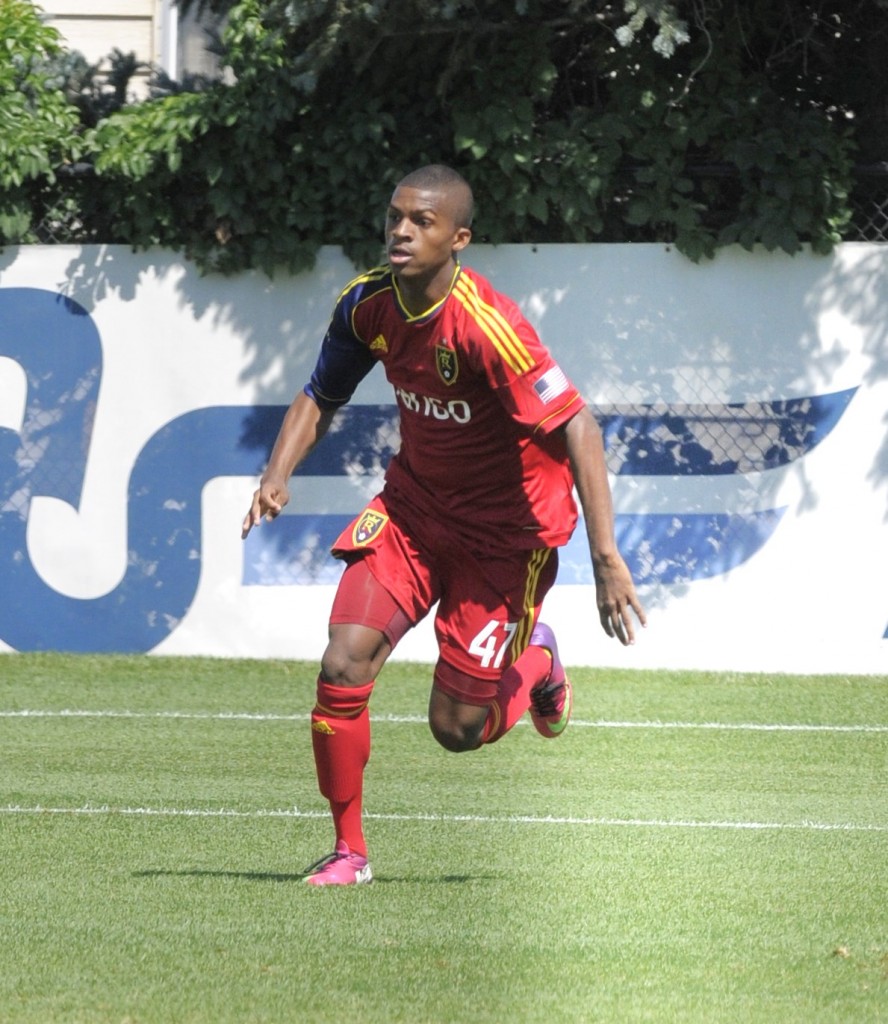 CASA GRANDE, Ariz. – Real Salt Lake Academy forward Niki Jackson became the second Academy player to score for the Real Sale Lake Reserves when he found the back on the net in a 2-0 win over Chivas USA in the final Reserve League season match for the Claret-and-Cobalt.

The first Academy player to score this season for the Reserves was Coco Navarro, who scored the eventual game winner in a 2-1 win over San Jose on March 16th.

Jackson came on as a 71st minute substitute and sealed the win for the Reserves in the 90th minute, when Lovel Palmer streaked down the right flank. He sent a low cross into the box and found Jackson, who one-timed the cross into the back of the net.

Jackson also drew additional praise for his speed and smart runs throughout the match. Academy player Jose Hernandez also received a call up for the match, but did not feature.

Highlights from the match can be watched below with Jackson’s goal starting at the 4:10 mark.